HomeUncategorized Ransomware Double Extortion and Beyond: REvil, Clop, and Conti

Ransomware Double Extortion and Beyond: REvil, Clop, and Conti

The incorporation of double extortion is a turning point in the ongoing evolution of ransomware. Modern ransomware attacks follow the same modus operandi: Encrypt the targeted organizations’ files and demand payment in exchange for access restoration. However, since there is no guarantee that cybercriminals will keep their word, some organizations opt not to pay ransom, especially if they keep backup files anyway.

But in late 2019, Maze pioneered the double extortion technique with a demand that was harder to ignore: Pay up, or the ransomware operators would publicly release the victims’ data.

To date, we have spotted 35 ransomware families that have employed double extortion — and the list just keeps growing. It’s not difficult to see why: While loss of access to files alone already puts heavy pressure on affected organizations to yield to ransom demands, the added threat of public exposure further tightens the noose, especially if classified information is on the line.

As if such a scheme isn’t bad enough, ransomware operators are now adding multilevel extortion techniques such as launching distributed denial-of-service (DDoS) attacks and/or hounding customers and stakeholders of victim organizations.

In this article, we analyze extortion techniques used with ransomware beyond encryption, lending a preview of how this threat will continue to mutate. We examine three major ransomware families that employ these schemes: REvil (aka Sodinokibi), Clop, and Conti. We handpicked these three since they are currently active, feature new techniques, target big companies, and perform different levels of extortion. Notably, all three also operate under a ransomware-as-a-service (RaaS) scheme, which means that they are propagated more easily and more quickly through affiliates. The three are also reportedly the successors of notorious ransomware families.

The phases of ransomware extortion

Single extortion involves deploying the ransomware, which then encrypts and bars access to files. The operators then demand payment from the affected organization in exchange for decrypting the files. This had been the case even in the early days of ransomware.

With double extortion, malicious actors go beyond just encryption by also exfiltrating (sometimes through weaponized legitimate tools) and threatening to publicize an affected organization’s data. These ransomware operators usually have dedicated data leak sites, but they can also release the stolen information in underground forums and blog sites.

Maze was the first ransomware family associated with this. Its so-called successor, the 2020 newcomer Egregor, also makes use of this technique, as discussed in our annual cybersecurity roundup report. Members of the Egregor ransomware cartel were recently arrested with the help of private-public sector partnerships, including Trend Micro.

DarkSide, another ransomware family that emerged in 2020, also used double extortion techniques in a recent high-profile attack on Colonial Pipeline, a major fuel supplier in the US.

What makes double extortion tricky to deal with is that even when a victim company could restore all lost data, the threat of having sensitive information publicized remains. This was the case with a video game development company that was able to restore its data from backup but still had to struggle with the theft of source codes and other sensitive information, which were later released on a site associated with Babuk Locker.

Triple extortion follows a straightforward formula: adding DDoS attacks to the aforementioned encryption and data exposure threats. These attacks could overwhelm a server or a network with traffic, which in turn could halt and further disrupt operations.

This was first performed by SunCrypt and RagnarLocker operators in the latter half of 2020. Avaddon soon followed suit. Malicious actors behind REvil are also looking into including DDoS attacks in their extortion strategy.

All the preceding phases mainly affect only the targets. With quadruple extortion, ransomware operators reach out directly to a victim’s customers and stakeholders, thereby adding more pressure to the victim.

DarkSide operators employ the quadruple extortion scheme in some of their attacks by launching DDoS attacks and directly contacting customers through designated call centers.

Recently, malicious actors behind Clop emailed customers, informing them that their private information would be published on a website, and urged them to contact the affected company. REvil operators also recently announced that they would be reaching out not just to a victim’s customers but also to business partners and the media through voice-scrambled VoIP calls.

Different ransomware families use different levels of extortion; some implement only the first phase, while others are dabbling in fourth-phase strategies. Also, these levels are not always performed in order, as in the case of Clop, which went straight from double extortion to quadruple extortion.

Having defined the phases, we now home in on the three ransomware families in question: REvil, Clop, and Conti. Their activities are summarized here based on several attacks that have been observed and documented in our own monitoring and in external research.

First known as the alleged successor of the notorious GandCrab, REvil has since stepped out of its predecessor’s shadow, having adopted more advanced techniques such as double extortion. The ransomware’s use of double extortion continues to this day, issuing exorbitant million-dollar demands to organizations that have fallen prey to its operators’ campaigns. REvil was recently used in a ransomware attack on JBS, the largest meat processor in the world.

For double extortion, REvil has a dedicated data leak site, but its operators also post data on underground forums and blog sites. The ransomware’s operators seem determined to go all out with extortion: Besides considering DDoS and directly contacting customers, business partners, and the media, they are now also auctioning off stolen data.

Recent variants of the ransomware also use the IcedID banking trojan, which is known for campaigns that steal real email conversations and repurpose them for malicious spam. This then leads to the downloading of Cobalt Strike Beacon for various purposes and, eventually, REvil. Safe boot then forces the system to reboot into safe mode before encryption.

In more targeted approaches, REvil can also be spread using RDP and PsExec to take control of the network and then deploy the payload.

REvil can be downloaded and executed in the system through:

After execution, REvil can perform several steps, including:

Clop (sometimes stylized as “Cl0p”) was first known as a variant of the CryptoMix ransomware family. It got on the double extortion bandwagon in 2020, when Clop operators publicized the data of a pharmaceutical company. Since then, the ransomware’s extortion strategies have become progressively devastating.

Operators pressure a targeted organization by sending out emails to initiate negotiations. If these messages are ignored, they will threaten to publicize and auction off stolen data on the data leak site “Cl0p^_-Leaks”. Beyond this, Clop ransomware operators also wield other extortion techniques, such as going after top executives and customers.

Clop has changed tactics numerous times. Upon the ransomware’s emergence, the threat actor group TA505 used spear-phishing emails in delivering Clop. These were sent to as many employees as possible to increase the chances of infection.

Around a year later, TA505 used SDBot as its only tool for collecting and exfiltrating data.

Recently, a threat actor group exploited four zero-day vulnerabilities found in a legacy file transfer appliance (FTA) product as the point of entry for its attacks.

Clop can enter a system through any of the following methods:

Clop can use several tools to collect information, including:

The Conti ransomware, which was recently used in an attack on Ireland’s Department of Health, also employs double extortion schemes. In some attacks, the ransomware has been distributed via the same methods used to propagate Ryuk, such as the use of Trickbot, Emotet, and BazarLoader. In an attack in February, operators also exploited vulnerabilities of a firewall product. We recently showed how Trend Micro Vision One™ was used to track Conti.

Conti employs double extortion schemes. Operators publicize data stolen from nonpaying victims on their designated data leak site. There are no confirmed reports yet of triple or quadruple extortion schemes involving Conti, but given how swiftly operators adopt different techniques, it’s not impossible for these to be incorporated into Conti campaigns as well.

The following shows a Conti attack chain based on several campaigns.

Conti operators can use either of the following to gain initial access:

How to prevent ransomware attacks

Ransomware may be rapidly evolving in terms of the different extortion techniques used by operators, but the threat is not altogether unstoppable. To protect systems, organizations can follow security frameworks, such as those set by the Center of Internet Security and the National Institute of Standards and Technology. Adhering to these frameworks can provide benefits such as reducing risk levels and exposure to threats and vulnerabilities. Organizations can conserve time and effort in planning as the frameworks’ specific and established practices show how and where to start and which measures to prioritize. These frameworks also boost resilience against attacks, since they involve repeatable and flexible measures that can help with prevention, mitigation, and recovery.

Here are some of the best practices from these frameworks:

Organizations would benefit from security solutions that encompass the system’s multiple layers (endpoint, email, web, and network) not simply for detecting malicious components, but for closely monitoring suspicious behavior in the network.

Trend Micro Vision One™ provides multilayered protection and behavior detection, spotting questionable behavior that might otherwise seem benign when viewed from only a single layer. This allows detecting and blocking ransomware early on before it can do any real damage to the system.

With techniques such as virtual patching and machine learning, Trend Micro Cloud One™ Workload Security protects systems against both known and unknown threats that exploit vulnerabilities. It also takes advantage of the latest in global threat intelligence to provide up-to-date, real-time protection.

For an even closer inspection of endpoints, Trend Micro Apex One™ offers next-level automated threat detection and response against advanced concerns such as fileless threats and ransomware. 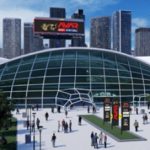 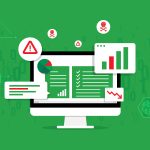 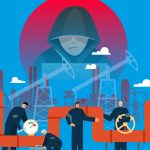